Not only did gospel genius Dr Tumi sell out his first show in the Africa Connect Tour series, but he delivered      memorable concert at Emperors Palace in Gauteng at the weekend.

Emotions ran high as the electrifying atmosphere permeated the arena during this intimate night. Tears flowed when he performed his worship songs and turned into a gospel rock star with the upbeat tracks, keeping the legions of supporters on their feet for about three and half hours without a break. The audience added to the magic of the night singing along to every song including Akekho his latest single released two weeks ago. He performed a new version mixing Zulu and English.

Afterwards Dr Tumi took time to take photos with about 300 of his followers who had come to support him.Dr Tumi’s Africa Connect Tour will take him to almost all the nine provinces of South Africa, a few African countries before heading out overseas to Europe. It’s a precursor to the highly anticipated Gathering of Worshippers 2019.

The next stop is Meropa Casino in Polokwane, in his home province of Limpopo, on 16 March 2019. An joyous Dr Tumi commented: ‘I couldn’t have hoped for a better start to my Tour. Everything that happened was testament to the greatness of God. I can’t thank my fam enough for turning up and ensuring that the concert is a success. Gauteng has set the bar high and we intend keeping it there as we go to other provinces and countries. I’m humbled by the support. Don’t miss the show when it comes to your province.’ 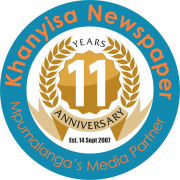